Last week I attended IoT World in Santa Clara. It was a great event, and what was particularly exciting was to meet with adopters of Eclipse IoT technology who stopped by our booth. It just felt incredibly energizing (and even more so given I had to spend 2.5 hours at US immigration the day before the show, which was quite annoying, to say the least), and moments like this are why I love my job, really.

You know you're making a difference when the first contact at your booth is s/o incredibly thankful for the @EclipseIoT stuff! #iotworld16

Here are 5 things I learnt at IoT World that I thought I would share with you: 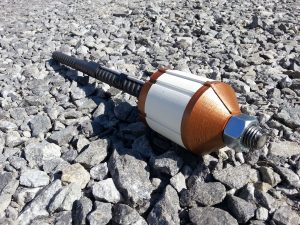 That tweet I reshared above was done right after a discussion I had with Jens Eliasson from Thingwave. Thingwave is a company that is building a connected device that aims at monitoring vibration in rock bolts used in the mining industry, in order to detect anomalies such as excessive strain.

Their solution, called the Smart Rock Bolt, is attached directly to a bolt (see picture) and uses LWM2M (thanks to open source implementations Eclipse Wakaama and Eclipse Leshan) and IPSO Smart Objects to expose sensor data that a gateway collects and analyzes.

You can read more on the Smart rock bolt on Ericsson Research blog.

It was only one hour or so before the end of IoT World that my colleague Ian and I found out that just next to our booth was a company, infiswift, building an IoT platform around a highly-scalable MQTT broker. But in fact, it is no surprise, since pretty much every person we met, and many of the companies exhibiting, were either building solutions using MQTT or already very much aware of its capabilities. So we should have just guessed about infiswift 🙂

→ Eclipse IoT technology to be shipped with a Kickstarter project that raised $1.7M 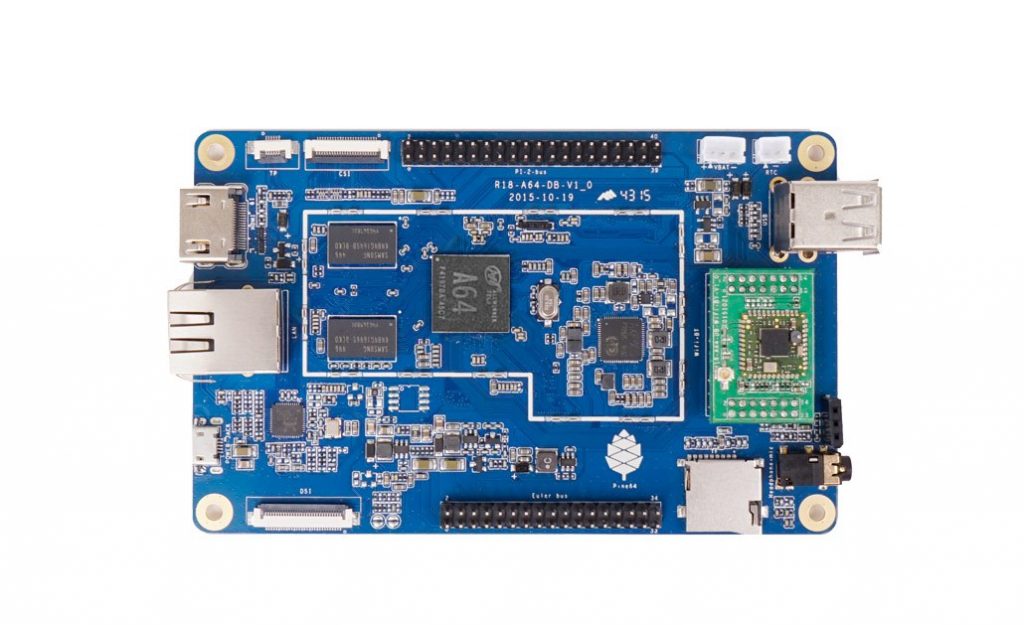 Pine 64 is a Raspberry Pi-like single board computer which aims to be a very affordable 64-bit computing solution, with a price tag starting at just $15.

I met Daniel Kottke, one of the persons involved with the Pine 64 project (and employee #12 at Apple, where he participated to the H/W design of the Apple I), and this is from him that I learnt about the project and its incredibly successful Kickstarter campaign. What I found really exciting is that Pine 64, in its “IoT Package” version, will ship with openHAB pre-loaded on its SD card. And as you probably know, openHAB is running on top of the very popular Eclipse IoT project Eclipse SmartHome.

From Litmus Automation, to Eurotech, to the likes of Microsoft or Cisco now looking at Eclipse Kura, it was great to see that many companies are endorsing it as a framework of choice for building modular and extensible IoT gateways.

All in all, IoT World was a very good conference. I am looking forward to next year’s edition and to see how the IoT industry will have evolved by then.

This year it was pretty clear that the consumer IoT market is starting to consolidate, and that everyone’s attention is shifting towards Industrial IoT (as an example, this year’s hackathon was sponsored by GE).  And how could I complain to see that end-consumer gadgets like connected dog collars are leaving room to more useful, like Thingwave’s connected rock bolt, or to see that the likes of GE are working on kick-ass Industrial IoT platforms built on top of open source and open standards such as CloudFoundry or MQTT.

By the way, from one conference to the other: this week I am in Austin for OSCON’16. If you are attending, please stop by Eclipse Foundation booth to say hello!

Thanks for sharing! Its helps to get some overview for people who could’t attend like me!